You are here: Home > Things to Do > What's On > Theatre > Play > The Woman In Black at Fortune Theatre
Book Now Visit now to explore without the crowds

TripAdvisor Traveller Rating Based on 739 reviews
This haunting story is one of the longest-running plays in the history of the West End.

Experience the atmospheric storytelling of The Woman in Black at the Fortune Theatre in London.

This spooky production has been making audiences jump since its West End debut in 1989!

What is The Woman in Black about?

The story follows Arthur Kipps, a young solicitor who travels to a small town to attend the funeral of a client. While staying in his client's house and going through her paperwork, he learns the terrible secret of The Woman in Black.

The Woman in Black is staged as a play within a play. Arthur Kipps and a young actor perform a manuscript written by Kipps, based on the events he witnessed. This is a dramatic, tense and, at times, spooky theatre show. The play is based on the novel of the same name written by Susan Hill in 1983. It was also made into a film starring Daniel Radcliffe in 2012.

How to get tickets

How long is the play?

The Woman in Black play is two hours long, including an internal. 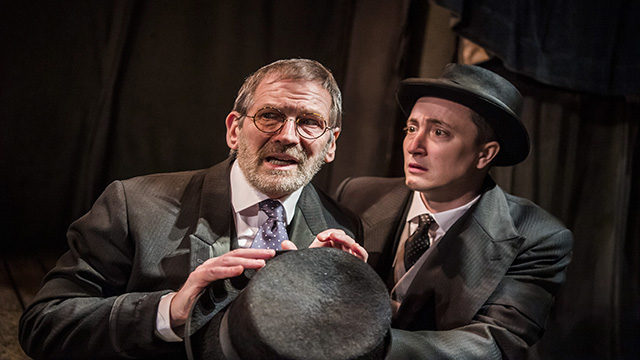 Where is it performed?

The Woman in Black is being performed at the Fortune Theatre, near Covent Garden.

What other plays can I see in London?

Find more twists during Witness for the Prosecution at London County Hall or uncover another mystery with The Mousetrap at St Martin's Theatre.

Loading reviews for The Woman In Black at Fortune Theatre

Hotels near The Woman In Black at Fortune Theatre