You are here: Home > Things to Do > What's On > Christmas > Hogwarts in the Snow at Warner Bros. Studio Tour London - The Making of Harry Potter
Book Now Tickets must be booked in advance
See iconic Harry Potter film sets transformed for the winter season in a self-guided walking tour of the Warner Bros. Studio in London, during Hogwarts in the Snow around Christmas time.

Celebrate a very magical festive season with Hogwarts in the Snow at Warner Bros. Studio Tour London – The Making of Harry Potter.

Winter has arrived at the wizarding world, with a true festive makeover. Glittering Christmas trees line the Great Hall and a replica festive feast including flaming Christmas puddings is laid out on the long tables. 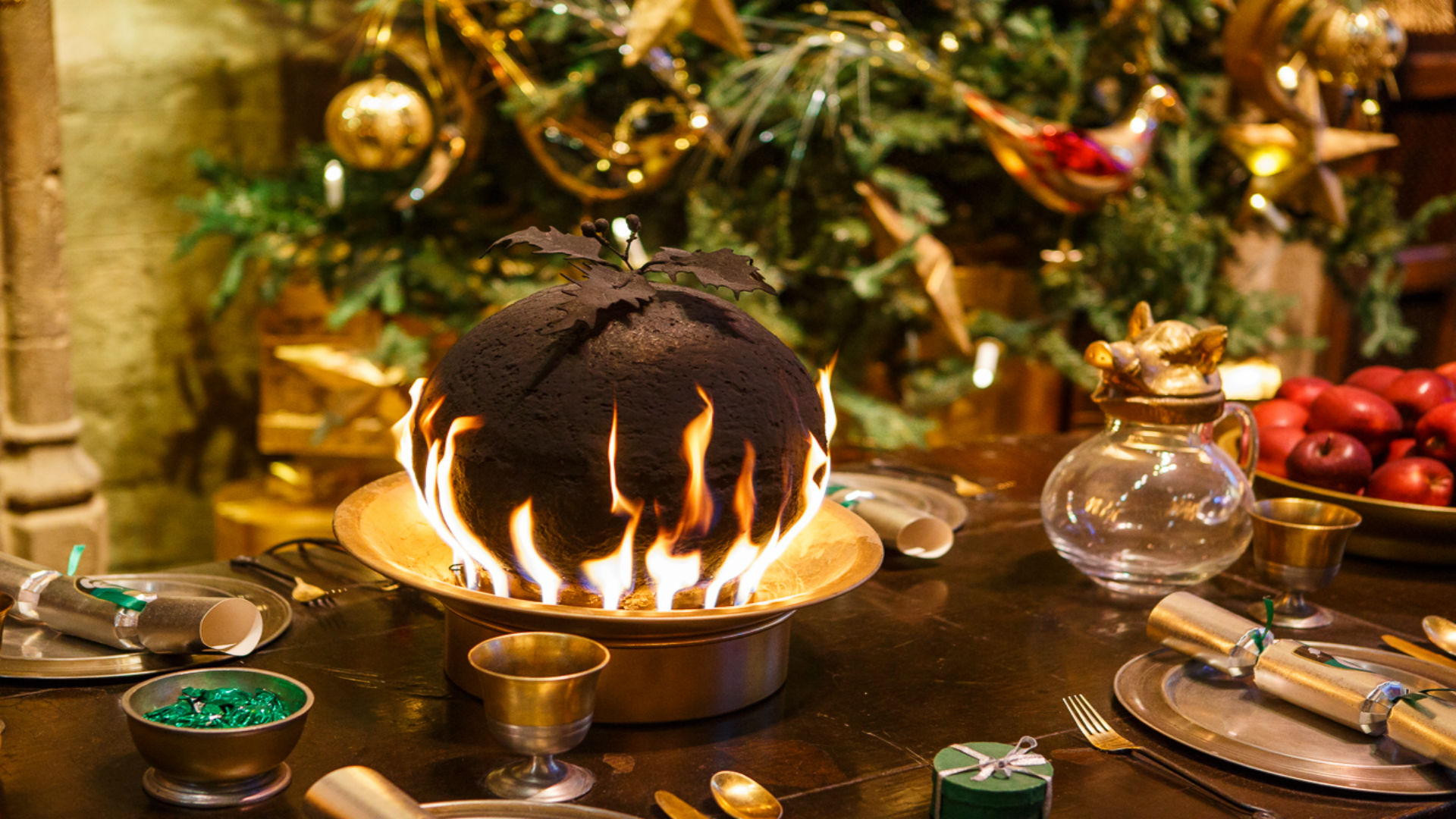 Around the rest of the studio, special-effect fires roar in the fireplaces, the Gryffindor Common Room and the Boys' Dormitory are filled with Christmas decorations and the detailed Hogwarts castle model is covered in a special blanket of snow. Plus, Diagon Alley is looking even more wintry with a dusting of snow on its cobbles and shopfronts.

New for 2021, the Forbidden Forest is given a seasonal makeover with filmmakers' snow draped across the trees.

Get up close to props, costumes and models used in the Harry Potter films, then take a look around the studio’s famous movie sets, decorated as they were for the festive scenes. Even find out how different types of artificial snow, ice and fires were created and used in the films!

Book tickets to Hogwarts in the Snow

As Hogwarts is particularly magical at Christmas, make sure you book your Warner Bros. Studio Tour tickets several weeks in advance to ensure your preferred time and date is available.


Find out all you need to know on how to visit Warner Bros. Studio Tour London, explore more Harry Potter locations in London, and take a look at what else is on at Christmas in London.

Book Now Tickets must be booked in advance

Address
Studio Tour Drive, Leavesden
Hertfordshire
WD25 7LR
Telephone:
+44 (0)34 5084 0900
Email
visitor.services@wbstudiotour.co.uk
Public transport:
Watford Junction Station - the shuttle buses are not currently running from Watford Junction Station to the Warner Bros Studio tour London.
By Road:
Warner Bros Studio Tour London is just off the A405, via junctions 19 or 20 of the M25, or junctions 5 or 6 of the M1.