Fall under the spell of Frozen at the Theatre Royal Drury Lane in Covent Garden.

What is Frozen about?

Set in the kingdom of Arendelle, Frozen follows the fortunes of sisters Anna and Elsa whose bond is tested when Elsa’s secret magical powers accidentally plunge the kingdom into endless winter.

The stage version of the hugely successful animated Disney film features unforgettable songs from the movie, including Let It Go and Do You Wanna Build a Snowman?, as well as some catchy new numbers.

Expect spectacular staging, amazing special effects and beautiful costumes as the magical world of Frozen comes to the West End.

Go on an adventure with all your film favourites, including Kristoff, Sven and Olaf the snowman. 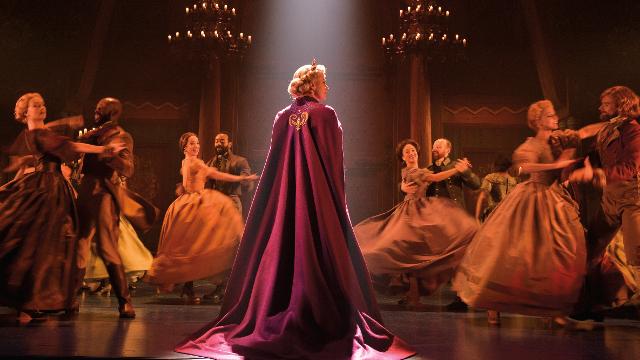 How do I get tickets?

What time is the evening show?

Evening performances usually take place from Wednesday to Friday at 7pm and from Saturday to Sunday at 5.30pm.

On which days are there matinee performances?

Frozen matinees are usually on Thursdays at 2pm and Saturday to Sunday at 1pm. Make sure to check your ticket in advance.

Where is the musical playing in London?

Frozen is playing at the Theatre Royal Drury Lane on Catherine Street in Covent Garden. The closest station is Covent Garden Tube Station.

With its grand staircases and soaring ornate ceilings the Theatre Royal Drury Lane is certainly one of London's most captivating. Arrive early for a pre-show drink on to The Terrace to enjoy views of the bustling Covent Garden below.

The theatre also serves a traditional Champagne Afternoon Tea in The Grand Saloon, the perfect way to make a day of it.

Who’s in the cast? 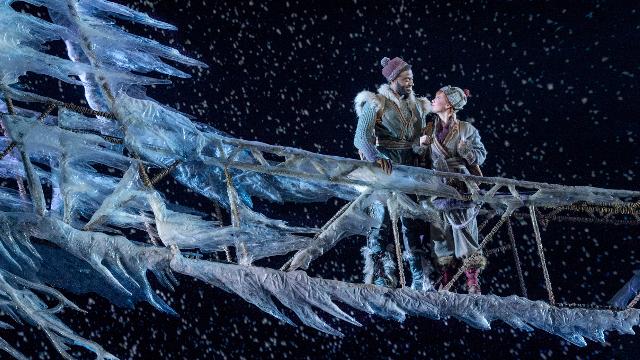 How long is the performance?

Frozen lasts approximately 2 hours and 15 minutes, with a 20-minute interval.

What age is the show appropriate for?

Frozen is recommended for anyone aged 6 and over.

What other shows can I see in London?

Follow the heartwarming tale of Simba with The Lion King at the Lyceum Theatre or be spellbound by the story of Elphaba in the award winning musical Wicked at the Apollo Victoria Theatre.

Hotels near Frozen at the Theatre Royal Drury Lane