You are here: Home > Things to Do > What's On > Sport > Football > UEFA Women's EURO 2022
This event has finished.
Cheer on your favourite national team as the women's European championships come to London.

Join in the football fun as nine stadiums in eight cities across England host the UEFA Women's EURO 2022 games, with the final taking place at London's Wembley Stadium.

Watch teams from 16 nations compete for the chance to be crowned the champions of European football. As the host nation, England's team, the Lionesses, automatically get a place in the tournament.

The remaining 15 spaces will be decided in the qualifying group stages and play-offs, followed by the tournament draw. 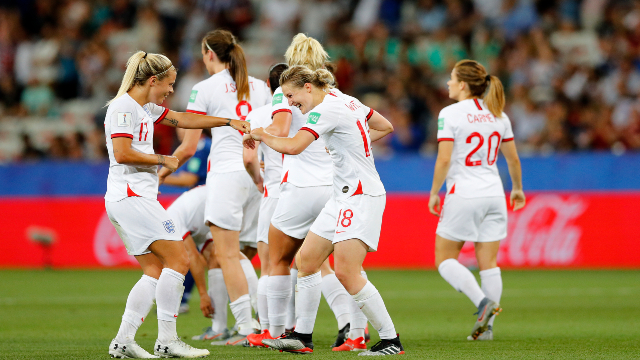 London is set to host four matches at Brentford Community Stadium, before the action moves to Wembley Stadium for the final on 31 July, providing plenty of opportunities to get behind the Lionesses or cheer on your favourite national team during the postponed UEFA Women's EURO 2021.

You can also join in the celebrations of the final week of the UEFA Women's EUROs on London's iconic Trafalgar Square at the Fan Party. There will be a pop up football pitch, interactive football-themed activities, live panel discussions, music and more. The Fan Party site will be open daily from 23-31 July between 11am to 6pm.