You are here: Home > Things to Do > What's On > Theatre > Musical > Wicked: The Musical at the Apollo Victoria
Book Now Don't miss the magic of Wicked

TripAdvisor Traveller Rating Based on 7,334 reviews
Defy gravity and discover the adventures of Elphaba the upcoming wicked witch of the West with the uplifting London musical, Wicked.

Join more than nine million people who have witnessed the previously untold story of two sorcerers and their incredible friendship in Wicked at the Apollo Victoria theatre.

What is Wicked about?

Wicked The Musical is based on a novel by Gregory Maguire. It follows the enchanting story of young sorcerers Glinda and Elphaba, before they became Glinda The Good and The Wicked Witch of the West, in the much-loved tale The Wizard of Oz.

Wicked has won more than 100 major awards and is one of the longest running musicals in West End theatre history. The show features the famous song, Defying Gravity. 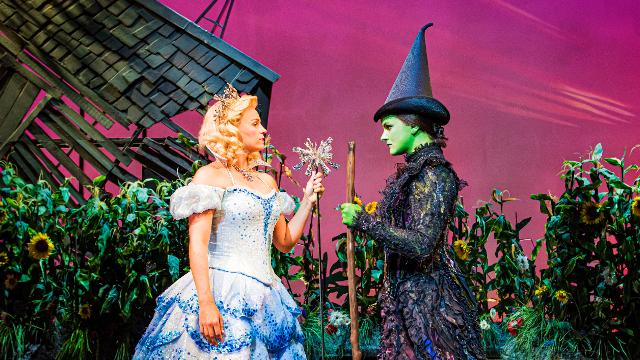 How long is the performance?

Wicked is approximately two hours and 45 minutes long, including one interval.

What time is the evening show?

On which days are there matinee performances?

The Wicked matinees are on Wednesdays, Saturdays and Sundays, usually at 2.30pm - although times may vary. Make sure to check your ticket in advance.

Which theatre is the show playing at?

Wicked is playing at the Apollo Victoria theatre, close to Victoria Station. 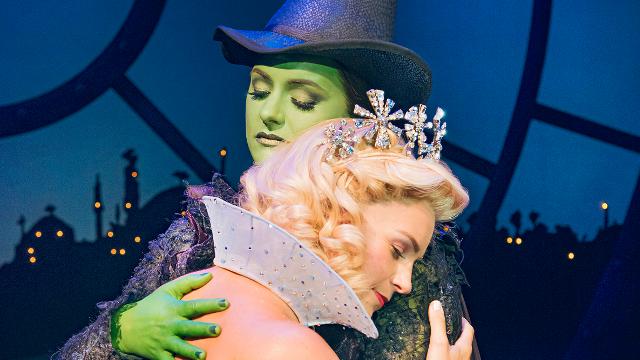 What age is it suitable for?

Wicked is suitable for a general audience. It is recommended for children aged seven and above. Children under three are not be permitted.

How to get tickets?

What other shows can I watch in London?

See more family favourite musicals, including The Lion King at the Lyceum Theatre, Harry Potter and the Cursed Child at the Palace Theatre and Mary Poppins at the Prince Edward Theatre.

Loading reviews for Wicked: The Musical at the Apollo Victoria

Hotels near Wicked: The Musical at the Apollo Victoria