You are here: Home > Things to do > Experiences in London > Best London escape rooms
Turn spy, sleuth, time traveller or adventurer as you battle your way out of locked rooms and dangerous worlds using only brainpower and teamwork in these escape rooms and live games.
Content contains affiliate links, marked with asterisks (*). If you click through and make a purchase, Visit London receives a commission – every purchase supports London’s jobs and economy.

Known as exit rooms, escape games and locked room adventures, these real live games are always full of thrilling fun. Here are 10 of the best escape rooms in London to get started with. If you're feeling like a budding detective, follow one of the adventures of Sherlock Holmes and his sidekick Doctor Watson in this escape game, Sherlock: The Official Live Escape Room. Based on the hit BBC TV series, Sherlock, this detective challenge takes you around some of the show's key moments, while giving you a chance to become a super sleuth yourself. Try to solve the mystery surrounding this investigation by following the clues given along the way. Beware, you will have a limited time to solve the mystery!

Book your tickets now and get your detective hat on. Follow Alice down the rabbit hole and find a world full of mystery in this true-to-life escape room experience using VR technology. The Queen of Hearts has plunged Wonderland into time space. Drink your potion and follow the White Rabbit on a thrilling adventure and meet the must-see characters who will help you complete your mission, such as the Mad Hatter, the Cheshire Cat and the Caterpillar and challenge the Queen of Hearts.

Be the star of the show on this real-life escape game based on the popular 90s television series. Just like the programme, there are four different themed zones where adventurers pit their wits and skills against tough mental and physical challenges. As your maze master guides your team of eight through the Aztec, Industrial, Futuristic and Medieval zones, you’ll face a series of short games that test either the Physical, Mental, Skill or Mystery category. Each time an individual wins a game they receive a crystal, giving you more time to complete the all-important final challenge – The Crystal Dome. Read more

Book your tickets now for The Crystal Maze LIVE Experience* 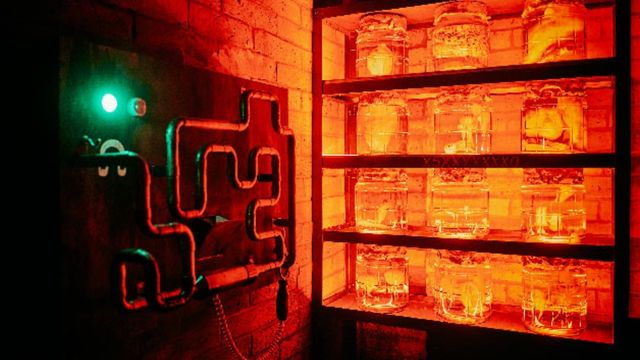 On this top-secret mission, it’s time to step up and save the world from Earth’s biggest supervillain! Transforming into a family of super spy heroes you’ll need to work together, using all your gadgets and gizmos, to follow the clues that will help you solve the mystery to defeat your new arch nemesis. Each task presents a new challenge, but can you beat the clock and save humanity from destruction?

Book your tickets now for the Aim Escape Room experience* 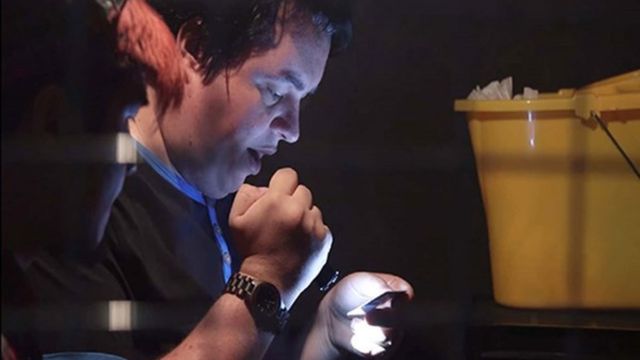 If you find red herrings more frustrating than intriguing, this might just be the escape game for you. Enigma Escape prides itself on a no-nonsense approach with logical puzzles based on realism. For example, if a character loses their key you won’t find it randomly buried in a box with five cyphers to crack – it’s placed where a person would logically lose their key. There are currently two games on offer, The Breakout and The Killer.

Book your tickets now and crack the Enigma code*. Fancy yourself as the next James Bond? Well here’s your chance to become a spy for a secret intelligence agency. You’re thrown into the deep-end as a new recruit with just one hour to help Mr. Q save the world from destruction by his diabolical arch nemesis, Professor Black Sheep. Crack codes, solve clues and unlock padlocks from a locked room in a race to prevent this terrifying villain’s masterplan succeeding. Read more 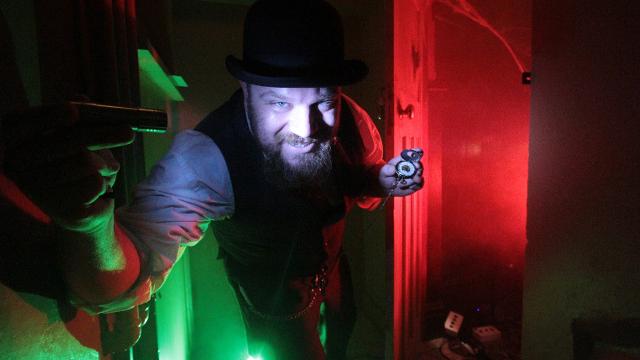 This game takes place in the lair of the deranged Lady Chastity. Finding the Lady’s lost bottle of fabled aphrodisiac wine is your quest. The enigmatic host Gabriel reveals sordid secrets and tells a story heavy on innuendo as you crack the puzzles, making this a strictly over-18s event. Those who have the smarts to solve the mystery get to keep the legendary bottle and, as Lady Chastity’s room is handily located in two pubs, winners can stay on to whet their whistle in celebration. Read more 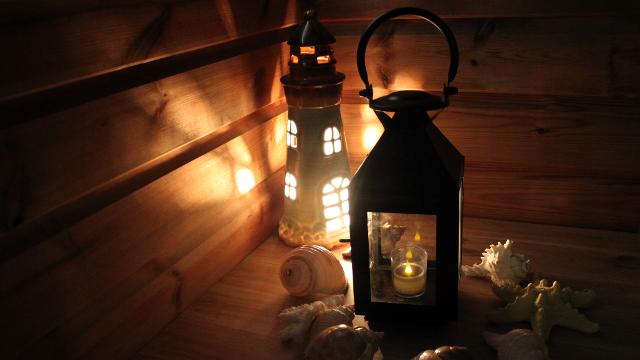 Created by boutique designers, the two impeccable mystery rooms at AI Escape bring together art, science and technology to provide a fully immersive escape experience. Feel the fear as you play in the psychological thriller, M.A.D., set at the abandoned Sally Star King Hospital. Or, if you can’t handle the sound of blood-curdling screams, the Leo’s Path option will have you searching for missing adventurer Leo in more poetic surroundings. Read more

Travelling back to World War II, this exit game launches with a message from Winston Churchill himself. Your mission, should you decide to accept it, is to decode a series of Nazi messages to win the war. There’s a lot of Blitz-era styled machinery to get your hands on, all culminating in a chance to crack the code on a replica of the Enigma machine. The best part about it all, aside from the brilliantly themed bunker and staff, is that it takes place underground in the abandoned Tube station of South Kentish Town that closed back in 1924, creating an incredible atmosphere. 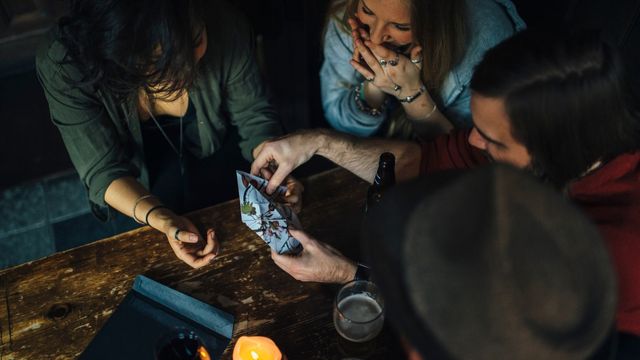 Find your inner sleuth in this cryptic puzzle trail game as you traipse across Marylebone in a bid to find Sherlock Holmes’ enemy’s secret location. To unravel Moriarty’s fiendish mystery, you’ll need to decipher clues, solve physical puzzles and interact with people you meet along the way. The stop-offs at various watering holes means that under 18s must be supervised by an adult and teams with under 18s in their group need to complete the game by 6pm in order to gain access to the final location. Read more

Trapped in a Room with a Zombie

Exactly what it says on the tin, this game sees you locked in a room with a zombie chained to the wall and 11 other people. In order to save humanity you’ll need to work with strangers to find the hidden key and escape to freedom. Solve the clues within the hour or face the zombie’s hunger for human flesh. To add even more terror to this already thrilling game, every five minutes the zombie moves a foot closer.