America is the land of decadent comfort food with juicy burgers, golden fries, BBQ ribs, fried chicken and gooey mac'n'cheese, but you don’t need to travel all the way to the States to indulge. Many American restaurants also offer special menus on and around Thanksgiving.

Browse this list of the top restaurants and book an American restaurant in London. The glamorous Christopher's restaurant, located in the lively area of Covent Garden, is a great spot for lunch after a morning of shopping or a pre-theatre dinner. The menu is full of classic American dishes such as Maryland crab cakes, prime rib-eye steaks and pecan pie, all served with a modern flair.

One of the world’s most iconic restaurants, the Hard Rock Cafe has stood at its London location on Old Park Lane in Mayfair since 1971. Feast on burgers, smokehouse sandwiches and chicken wings and be sure to take a look at the rock'n'roll memorabilia from some of the world’s biggest artists, including Eric Clapton and John Lennon, in the free Vault museum. 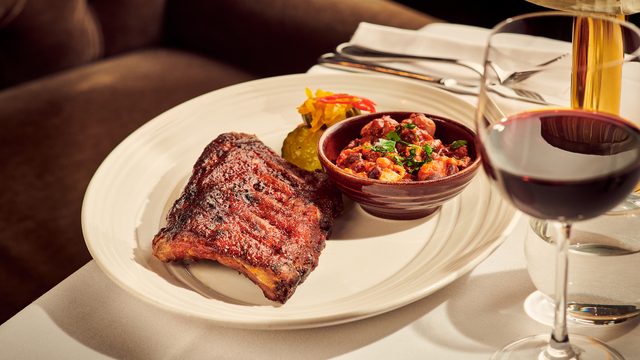 In the heart of Theatreland, this classic American brasserie has fed thespians hot dogs, steaks and chopped salads since 1977. Modelled on the Joe Allen on Broadway in New York, the London Joe Allen restaurant is also lined brickwork and posters and is known for hosting glitzy after-show dinners for leading West End stars. Head to London's West End to indulge in delicious dishes from America's Deep South at Shrimp & Grill. Sample the classic diner's mouthwatering shrimp served in a variety of ways, from popcorn to Cajun. Along with many other hearty dishes such as jambalaya, burgers and fried chicken.

5. Malibu Kitchen at The Ned 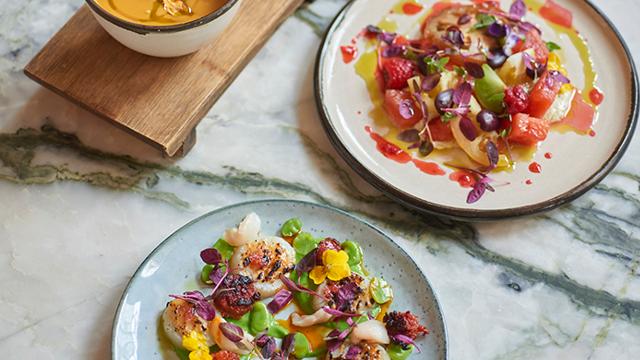 Malibu Kitchen at The Ned hotel in the City of London takes a healthy Californian approach to American cuisine. Sunny bowls of nutritious fruits, vegetables and grains are served alongside delicious lean protein in the grandeur of the former banking hall.

This diner is more upmarket than your average 1950s throwback; exposed brick, dramatic lighting and red leather banquets take the place of memorabilia. The French-American menu at Electric Diner is served from 8am until midnight, with eggs dominating the breakfast menu, while dinner encompasses both pure Americana, with plates such as the philly chilli cheese dog, and classic French brasserie fare, such as steak frites with bearnaise.

Live music, Texas BBQ and bourbon cocktails create the perfect recipe for a great night out. The team behind The Blues Kitchen took inspiration from their annual trips to the southern states for their BBQ menu. All meats are rubbed and slow-smoked each day with a blend of hickory, oak, fruit and mesquite woods, giving them a rich flavour. Fun is to be had at three locations across London with restaurants in Camden, Shoreditch and Brixton.

The Diner serves hearty food all day long, starting with an array of eggs and sweeter treats including pancakes, burgers, hotdogs and caesar salad. Grown-ups can wash it all down with a hard shake, where creamy milkshakes get an adult twist with a shot of liquor. There are restaurants across town including ones in Spitalfields, Camden and Shoreditch.