London is full of Indian restaurants – a testament to the capital's love of a spicy curry, fresh naan or crispy samosa.

On the menu you'll find traditional Indian dishes sitting alongside recipes created right here in London. With so much variety, there's something for everyone – whether your spice tolerance is hot, medium or mild! 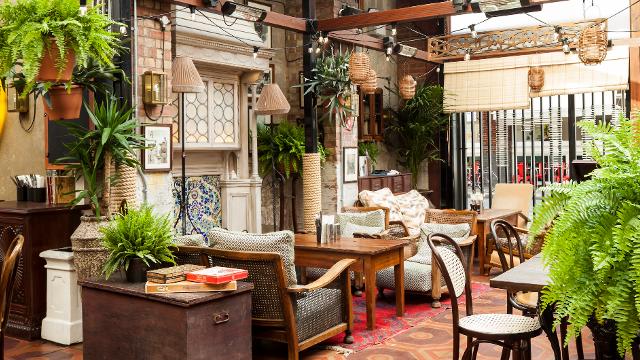 Treat yourself to indulgent Michelin-starred Indian fare at Gymkhana in Mayfair. The menu is modern Indian with a focus on the tandoor oven and sigri charcoal grill. Signature dishes include club-style nashtas (Indian all-day snack fare). Dishes such as Achari roe deer chops, pickling spices, clove smoke, mustard mooli are served roasted from the tandoor.

Grab a stool around the sleek counter at Kricket and watch the open kitchen turn British ingredients into innovative plates of modern Indian food. The menu changes with the seasons, but you can usually expect to find treats such as the signature Keralan fried chicken with curry leaf mayonnaise, the moreish bhel puri and crispy samphire pakoras. 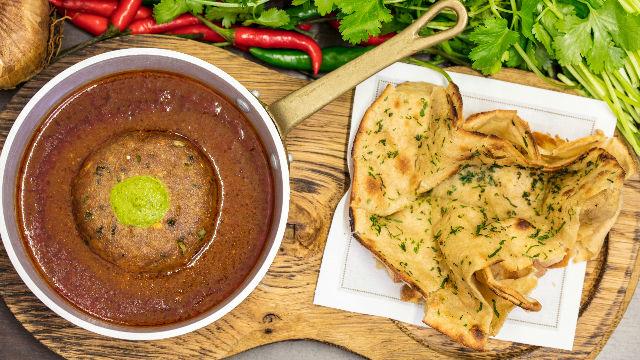 Become immersed in Indian grandeur at Jamavar in Mayfair. Named after colourful Kashmiri shawls of the 16th century, this top London Indian restaurant exudes opulence through its delicious pan-Indian cuisine and colonial-style decor. The menu combines traditional recipes from the Himalayan foothills with unique flavours from the south.

Started by Mohammad Tayyab in 1972, this beloved family-run restaurant in Whitechapel has grown in size and reputation over the years. Originally a daytime café for locals, Tayyabs eventually opened an evening restaurant in an adjoining Victorian pub. Definitely try the fiery grilled lamb chops, still one of London’s best Indian dishes.