You are here: Home > Things to Do > Sightseeing > London Attraction > Historic Site & House > Royal Mews
Book Now Visit now to explore without the crowds
Visit the Royal Mews, a splendid working stable in central London and the home of the royal family's state vehicles.

Get a taste for splendour at the Royal Mews, one of the most elegant working stables in the world.

The Royal Mews at Buckingham Palace is where you’ll find the royal family’s state vehicles, including horse-drawn carriages and motor cars.

What is there to see at the Royal Mews?

Admire the Gold State Coach, the most beautifully decorated carriage in the Royal Collection. This fairytale-like carriage has been used for every coronation since 1821.

Next, get ready to be awed by the collection of miniature carriages. These adorable creations were designed to be pulled by ponies, goats, sheep or dogs. Make sure to spot the Donkey Barouche, which was made as a Christmas present for Queen Victoria’s children. 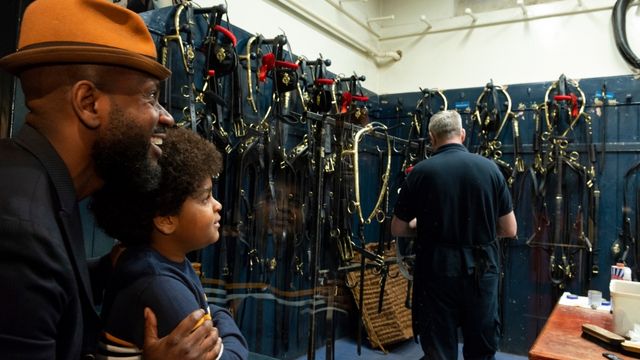 And don’t miss the ribbon-covered sleigh used by Father Christmas each year to deliver presents to the children who live at Royal Mews.

Among the collection of state vehicles, you’ll find the Rolls Royce Phantom VI which took Catherine Middleton to Westminster Abbey for her marriage to Prince William.

If you’re lucky, you’ll also get to see the royal horses. The Windsor Greys and Cleveland Bays are not always in the stables, but when they are visitors can spot the names given to each horse by Queen Elizabeth II. 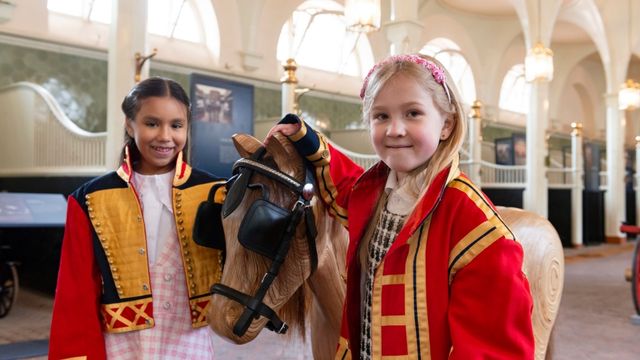 How long does it take to go around the Royal Mews?

There’s plenty to see at the Royal Mews and lots of activities on offer for families, including climbing into a carriage, dressing up and tacking a wooden horse. Give yourself between two and three hours to enjoy it all.

Can I eat at the Royal Mews?

The Royal Mews does not have a cafe, and eating and drinking is not allowed onsite. There are lots of cafes and restaurants nearby.

Are the Royal Mews free to visit?

There is a fee to visit the Royal Mews. Tickets must be booked in advance – book Royal Mews tickets now. 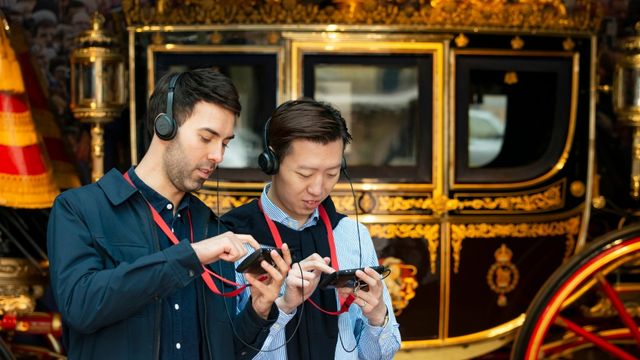 Where are the Royal Mews?

How do I get to the Royal Mews?

The closest main line station is Victoria, which is a seven-minute walk from the Royal Mews.

Victoria Coach Station is a 10-minute walk from Buckingham Palace.

The Royal Mews are part of a working royal palace so sometimes closures can happen at short notice.

Thursday to Monday: 10am to 5pm

The Royal Mews occasionally closes for state visits, you may wish to check the opening times in advance.

Is Royal Mews your business?