You are here: Home > Things to do > Sightseeing > Tourist attractions > Big Ben
The Houses of Parliament's iconic clock tower is one of London's most famous landmarks.

What is Big Ben?

The Houses of Parliament and Elizabeth Tower, commonly called Big Ben, are among London's most iconic landmarks and must-see London attractions. Technically, Big Ben is the name given to the massive bell inside the clock tower, which weighs more than 13 tons (13,760 kg).  The clock tower looks spectacular at night when the four clock faces are illuminated. 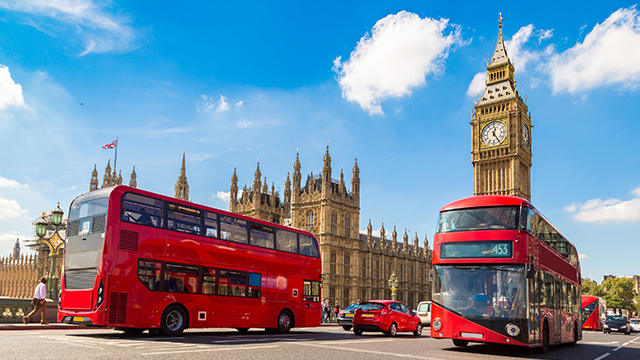 When was Big Ben built?

The Palace of Westminster was destroyed by fire in 1834. In 1844, it was decided the new buildings for the Houses of Parliament should include a tower and a clock.

A massive bell was required and the first attempt (made by John Warner & Sons at Stockton-on-Tees) cracked irreparably. The metal was melted down and the bell recast in Whitechapel in 1858.

Big Ben first rang across Westminster on 31 May 1859. A short time later, in September 1859, Big Ben cracked. A lighter hammer was fitted and the bell rotated to present an undamaged section to the hammer. This is the bell as we hear it today.

How tall is Big Ben? 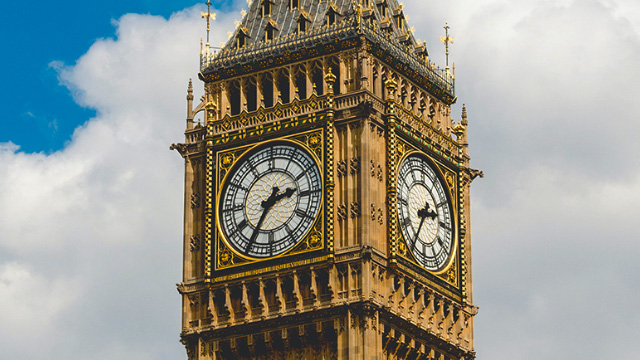 Elizabeth Tower stands at more than 96 metres (105yrds) tall, with 334 steps to climb up to the belfry and 399 steps to the Ayrton Light at the very top of the tower.

Where is Big Ben?

Big Ben is found in the Elizabeth Tower at the north end of The Houses of Parliament in Westminster, Central London, next to the river Thames.

There are a several London bus routes that go past the tower, and Westminster Tube station is directly across the road, serviced by the Jubilee, District and Circle lines. Westminster pier is next to the tower and is served by a number of river bus travel options.

The origin of the name Big Ben is not known, although two different theories exist.

Ever wanted to hear what Big Ben sounds like at midday?

Inside Big Ben and how to visit

Big Ben is one of London's top attractions. The Elizabeth Tower is currently closed for refurbishment, with no public tours available.

You can still join a talk on the Elizabeth Tower or take a tour of the Houses of Parliament next to The Elizabeth Tower. Alternatively, watch this behind-the-scenes video of Big Ben in action.

In August 2017, refurbishment work commenced on Elizabeth Tower and Big Ben. The work is due to last three years. During this time, the tower will be scaffolded and the clock mechanism will be stopped for several months (no chiming or striking), with the exception of some special events including New Year's Eve and Remembrance Sunday. Find out more about the refurbishment.