Buckingham Palace is one of the world's few remaining working royal palaces. It has been open to visitors during the summer months for more than 20 years. Whether you're a first-timer or a royal aficionado, here's our pick of what you can usually see when you drop into the central London royal residence.

Enter Buckingham Palace on a self-guided tour of the State Rooms and discover the highlights listed below.

There are 775 rooms in Buckingham Palace including the 19 State Rooms and 78 bathrooms.

The State Rooms are a suite of lavishly decorated public rooms in Buckingham Palace where the monarch receives, rewards and entertains their subjects and visiting dignitaries. Several of these rooms were used for the Royal Wedding reception for the Prince and Princess of Wales (William and Kate). These rooms are awash with sparkling candelabra, marble columns, sumptuous carpets, damask wallpaper, fine furniture, sculpture and works of art. 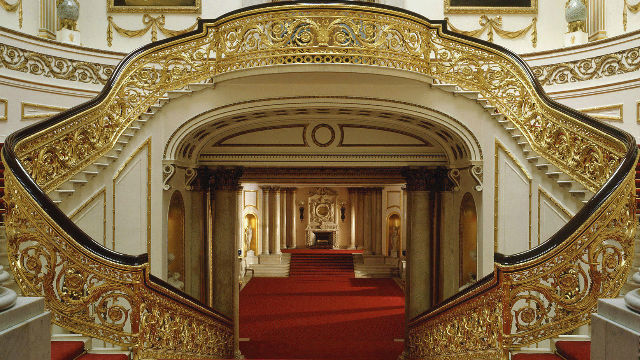 Buckingham Palace's Grand Staircase is a highlight of the tour. The magnificent bronze staircase was designed by the architect John Nash as part of his commission to remodel the palace for King George IV from 1825 to 1830. The impressive double balustrade features an intricate pattern of acanthus, oak and laurel leaves and represents some of the world's finest bronze casting work. The stairs are lit by an etched glass dome in the ceiling.

Some big names are on show at the palace. You can usually come across paintings by Van Dyck, Rubens, Rembrandt, Vermeer, Poussin, Canaletto and Claude as well as sculpture by Canova and Chantrey. The paintings in the State Rooms also include some wonderful portraits of past and present royals including Queen Victoria, George III and Queen Charlotte, William IV and his wife Queen Adelaide, Queen Elizabeth II and, of course, the current Royal Family.

As part of your Buckingham Palace tour, you would usually have a free audio guide to the palace. The tour is introduced by His Royal Highness, King Charles III and takes you through all 19 State Rooms, as well as the annual special exhibition. Audio guides are available in multiple languages. There are also usually interactive family tours and tours for deaf and blind visitors. 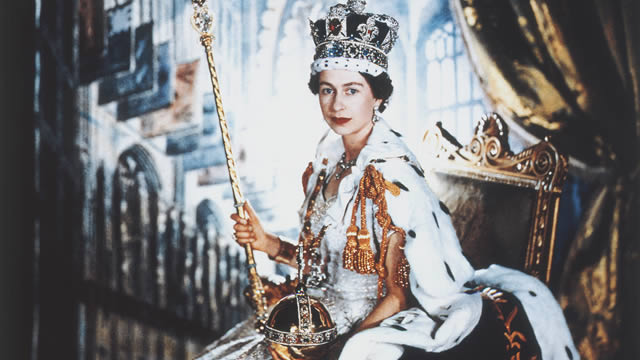 Buckingham Palace's majestic Throne Room is a favourite with visitors. It contains the thrones that are used for investitures and ceremonial receptions such as at the jubilees of Queen Elizabeth II and also has doubled as a ballroom on occasion (on your guided tour, you'll also see the official Ballroom – the palace's largest multi-purpose room). You may recognise the Throne Room as the backdrop for some famous royal wedding photos including Princess Elizabeth (Queen Elizabeth II) and  Phillip in 1947 and the Prince and Princess of Wales in 2011.

Buckingham Palace houses a spectacular collection of Sèvres Porcelain – one of the world's finest in fact. The pieces were mostly acquired from the famous French manufacturer by King George IV between 1783 and 1830. As well as finely painted and gilded "useful" wares such as dining services, broth basins, cups and saucers and dejeuners, you'll see fabulous ornamental vases, bibelots and porcelain busts. 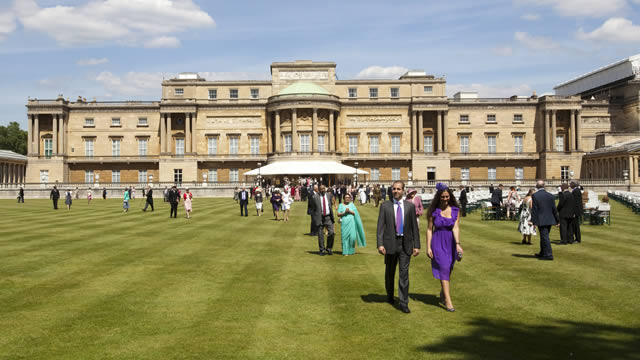 The gardens at Buckingham Palace cover an impressive 39 acres (15.8 hectares) and contain more than 350 types of wildflowers, around 200 trees and a three-acre lake. The gardens were the location of annual Garden Parties. You can see the south side of the garden with your Buckingham Palace State Rooms ticket. For more, opt for the Garden Highlights Tour which includes the tennis courts where King George VI and Fred Perry played in the 1930s, the stunning herbaceous boarder, a wisteria-clad Summer House, the Rose Garden and the huge Waterloo Vase. (The Garden Highlights Tour ticket includes a tour of the State Rooms).

As you enter or leave Buckingham Palace, be sure to keep an eye out for the flag on the roof – there is always one flying above the palace. When the reigning monarch is at home, the flag is the Royal Standard; when they're away, the Union Flag is raised instead.

Once inside, you can go clock-spotting! With more than 350 clocks and watches throughout the palace, it holds one of the largest collections of working clocks in the world! Two full-time horological conservators are employed to wind and maintain them all.

Each year, the summer opening offers a unique exhibition. In 2022, marking Queen Elizabeth II's Platinum Jubilee, The State Rooms at Buckingham Palace feature a display of a remarkable series of portraits of Queen Elizabeth II taken by Dorothy Wilding during her accession to the throne in 1952.

Your State Rooms or Garden Tour ends at the tranquil Garden Cafe on the West Terrace of Buckingham Palace. The cafe offers a range of light refreshments including tea, coffee, sandwiches and pastries. During the summer opening, the Garden Shop contains a delightful range of gifts and souvenirs exclusively created for the Royal Collection. You'll find homewares, china, clothing, jewellery and children's toys, books and postcards. Most of the products on sale are inspired by works of art in the Royal Collection.